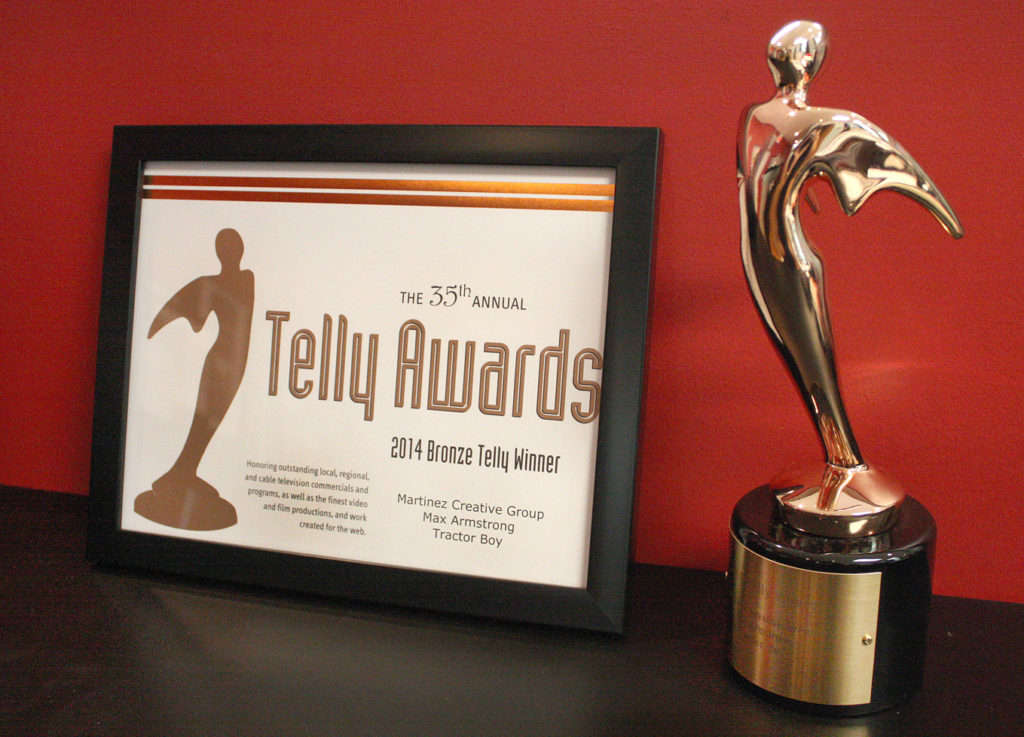 About the Telly Awards Founded in 1978, the Telly is now one of the most sought-after awards by industry leaders, from large international firms to local production companies and ad agencies. The Telly Awards is the premier award honoring the finest film and video productions, groundbreaking web commercials, videos and films, and outstanding local, regional, and cable TV commercials and programs.

About Max Armstrong Max Armstrong is one of the most widely recognized and highly regarded agricultural journalists in America. He is director of broadcasting for Penton/Farm Progress Companies; co-host of the television show This Week in AgriBusiness, seen across the United States each weekend; and he helps host a weekly hour-long ag program on WGN Radio in Chicago. His radio broadcasts “Max Armstrong’s Midwest Digest” and “Farm Progress America” are carried daily on more than 140 stations from New York to California. Millions of farmers, ranchers and consumers have viewed Armstrong’s TV programs and heard his radio broadcasts during his nearly 40 years of industry experience.